Steampunk has been all the rage for about ten years now.  You see it in television shows, fashion, movie themes, books, and reality series.  It’s hard to find any gears left in yard sales that someone hasn’t co-opted for a costume or weapon and typewriters are being sold faster than they were made for their keys and gears.

However I feel that Steampunk has reached its zenith.  Google searches for steampunk are down significantly this past year and if Dragon Con is any indication of the trends of the southeast and those that attend this grand experience then Steampunk needs a shot in the arm.  But if Steampunk is no longer the ‘it’ thing then what is?

Diesel Punk for a while has been the up and coming cousin to Steampunk.  The Daily Dot ran an article called “Dieselpunk for beginners:  Welcome to a world where the ‘40s never ended.”  And if you believe that hype then movies like Sky Captain and the Mutant Chronicles will take you to a world that is diesel run and diesel led.  But I offer you another alternative to this everlasting punk:  Interbellum Punk.

Interbellum Punk is the time period between the two World Wars.  The style has also been coined Decopunk but I think that doesn’t give the time period enough credit.  Since gasoline and other petroleum products were prevalent during this time Dieselpunk no longer fits the description.  And even though Decopunk may be used to describe a slice of this time period so could we use the term Depressionpunk.

Let’s look at time periods and you can see how this all fits.  Victoria reigns over Steampunk as the Grand Dame.  With her death Edward takes the throne and Dieselpunk begins.  Edward passes the throne to George V and World War One begins.  During this first war scientific and technological advancements are rampant and the world is plunged into a destructive bent never before seen.  This begins the realm of Interbellum Punk.

With the end of WWI the world is at peace, albeit an unsteady one.  November 11, 1918 is the date I give as the beginning of Interbellum Punk.  Doughboys came home with their weapons, their uniforms, and their technology.  During the early period of this movement you see many saucer helmets as well as German spiked helms, gas masks, and khaki.  The art of the time was a splash of color wrapped in technology and was called Deco.  Within this style you then had flappers, gin joints, prohibition, gangsters, and G Men.

When the Depression hit the world plunged into a period of need and desperation.  Depression Punk becomes a do it yourself to the ultimate degree.  Everything is recycled and reimagined just to get by.  Art and life become mixed.  And at the end of that short period between 1929 and 1939 the Germans are again arming themselves to invade Europe and the United States is preparing for a second war.  At the end of Interbellum Punk, which ends with the first successful detonation of an atomic device on July 16, 1945, we see long skirts, pin stripe suites, men with hats of all kinds and women in veils.  As Steve Rogers and Peggy Carter become heroes of the new era the world ends the war to end all wars and Interbellum Punk also ends.  We have entered Atomicpunk.

NOTE:  These thoughts are mine alone and have no support; well not much.

DISCLAIMER:  This blog will tell you things about me you may not want to know.  Stop now.  You have been …

I will tell you all the story of the three children.  Loki was the son of Laufey the king of …

Losing A Familiar Saturday morning my familiar Thomas passed away. To some who don’t understand the Craft and what witches …

I had someone ask the other day why I said I was Norse.  I tried to explain it is …

A friend of mine today said she wanted to be me when she grew up.  I thought that was …

When Burdick and Lederer wrote The Ugly American in 1958 the political novel took on a new meaning; someone …

Ever since Death started using Macs his work had been ever increasingly more precise.  Now with the new databases … 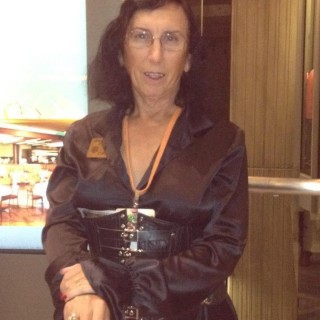